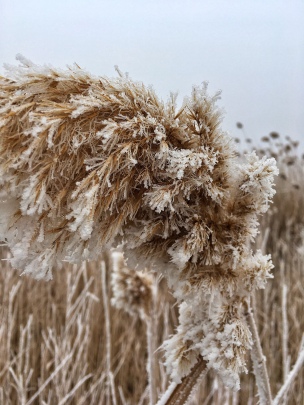 “Mike, I miss my father,” Jon said, standing at the wide set of windows. He was tall and lean, a man that had been made rugged by the challenges of life. Jon was an impressive size, standing at a six foot, three inches. His stature commanded attention with a military history only served to enforce his presence.

I remember the first time I’d met him two weeks previously. Every aide had been fired from his room or had left voluntarily and that morning the night aide gave me a look worth a thousand negative words.

“It’s going to be a rough day,” she said with raised brows, “good luck.”

Taking a breath I smiled and said, with a bit too much cheerfulness, “sounds good to me.”

“Whadda ya want?” said a gruff voice from behind the privacy curtain as I pulled open the door with a knock.

I took another quick breath, “Hi, I’m Mike, I’m your aide for the day-”

“Get out,” Jon said from the bed. Someone must have removed the footboard to the bed because his feet were hanging almost half a foot off the end of the bed. He looked small to me, as with most people who are half sunk in hospital air mattresses. But then he shifted and lifted a tremendous arm.

“I said, go away,” Jon snarled, trying to roll over. He succeeded in a half roll that shot lines of pain through his body. I knew by the way he legs stiffened and back arched.

“Looks like I can’t,” I said in a matter of fact tone. I sounded surer of myself than I felt as I stepped to his bedside and helped him maneuver a pillow into position.

“I let the nurse know you’re in pain,” I said about to leave and then paused.

“I’ll grab another set of hand so we can boost you up in bed,” I added with an easiness I shouldn’t have felt, “you almost touch the floor.”

For a minute I thought I’d gone too far. He was staring At me with merciless eyes, sizing me up or figuring out how to kill me and get away with it.

I shifted a foot as I continued to hold his gaze.

He suddenly cracked a weak smile.

“Go ahead, I’m not going anywhere.”

That had been the first of his wall to come down. Now several days later, I was watching him stare off into the distance while the rest of him crumble.

“I miss my dad,” he said in a whisper as he turned away from the window and sat down on his newly made bed tears making their way down his face.

I had a pillow half in a pillowcase and was staring dumbfounded at the man’s shoulders shook with emotion.

In a daze, I stepped over to the side of the bed and awkwardly stood next to my patient.

Tears poured down his face as sob after sob came out of him. Automatically I reached out to the tissues at the bedside table and handed him one.

By then his crying had a subsided and he gave me a grateful smile while wiping his nose.

He looked out the window again for a long moment.

And then spoke as if he were one lost in another world, “you know I’m nothing like my father. He was kind and thoughtful. I remember he was so gentle.”

There was a catch in his next breath.

“I- I didn’t turn out anything like him, you see,” he paused tears again glinting in his eyes, “he died when I was fifteen. One day he was there and then the next . . . gone.”

I laid a hand on Jon’s shoulder, willing him to get it all out.

“And now, after all these years, I find myself here, dying of cancer and being alone,” his voice tightened and I felt his shoulders begin to shake, “and all I want to do is be with him again, feel his hug-”

He choked off into another series of sobs and cries. In that moment there was only one thing to do. I wrap an arm around Jon’s shoulder and let him cry.

2 thoughts on “Of A Healer: Laments To A Father”